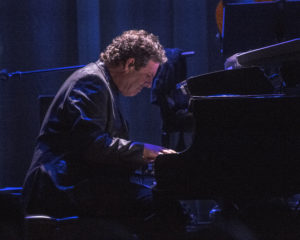 Jeffrey Neiman is an international AWARD WINNING composer and keyboard artist. His Orchestral compositions can be heard in motion pictures, T.V. series and advertising campaigns.. He also has written and produced CD’s for many up-and-coming artists, and has released several of his own CD’s.

Jeffrey served as the musical director for actor/comedian JERRY VAN DYKE, and had the honor of sharing the stage with such greats as Tony Bennett, Billy Preston, Tower of Power, The Guess Who, B.B. King, Al Stewart and many others. He went on to serve for 7 years as musical director for the successful GORDIE BROWN…Featured in a new showroom at the Venetian Hotel on the Las Vegas strip. 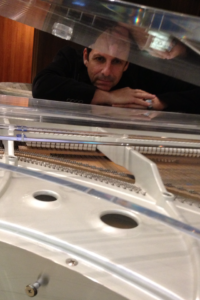 In 2011 Clint, Jeffrey and Larry Moss wrote a new show called “INSPIRED”. It has been received with rave reviews from coast to coast and in 2012 the show debuted with the Palm Beach Pops Symphony! The same writing team was assembled once again to write a show for the Carlyle Hotel in New York City entitled “REMEMBERING BOBBY SHORT”.Another show, “THIS THING CALLED LOVE”..the music of Paul Simon and Cole Porter was the Bistro Award Winner for Show Of The Year in New York City. In 2013 another new show was launched in New York City called “STOP THIS TRAIN”.The reviews hailed it as one of the best works of the year!

Jeffrey had the pleasure of being assistant Musical Director for the highly successful tribute to Ray Charles..”GEORGIA ON MY MIND” show.It featured NNENNA FREELON, TAKE 6 , KIRK WHALUM, CLINT HOLMES, a big band and 30 member choir. 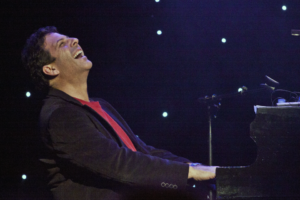 In 2017 Jeffrey joined forces with the team of JARRETT AND RAJA  in the new Jarrett and Raja Showroom to create a Magic and Music production show. Doing the music for this show allowed Jeffrey to call upon all of his years of experience to bring an exciting new musical journey to lift up the magic!

Finally, Jeffrey has just released his highly acclaimed NEW CD “All I NEED” featuring many of Las Vegas’s greatest artists..look for it on ITUNES, CD BABY etc.
Jeffrey is currently splitting his time between New York and Las Vegas with his wife Julie.

Thank you for visiting my site. I look forward to serving you. Should you have comments or questions about my services or need more information please contact me below.